Cookie Time Limited co-owners (and brothers) Michael Mayell and Guy Pope-Mayell set up Cookie Time Charitable Trust in 2003 as a way to give back and make a difference to young New Zealanders.

The Trust is dedicated to supporting projects that enable children to reach their full potential, allowing them to explore new and exciting challenges that allow their creativity and abilities to flourish. 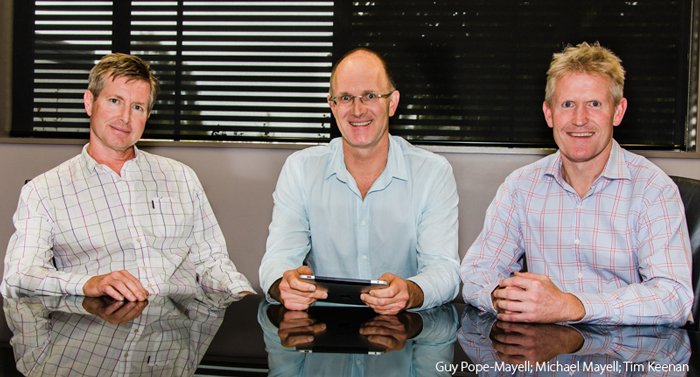 Guy Pope-Mayell: Trustee
Co-owner and Managing Director of Cookie Time Limited, and father of four. Also co-founder and Chair of Trustees of Dyslexia Foundation of New Zealand. Guy's passion for family, cookies, digital technology and education combined with the support of wife, Suzanne Pope-Mayell and her strong background in Montessori education provides a very real and up to date understanding of the education sector.

Michael Mayell: Trustee
Entepreneur, founder and co-owner of Cookie Time Limited, Michael is passionate about people achieving their potential. And childhood is the essential place to start, where discovering what you are good at can set you up for a lifetime of positive engagement. As a father to three children, and Dad to five, Michael is directly involved in helping young children discover their gifts. And he’s also learnt that our children can teach us as much as we teach them! Michael’s creativity and 'can do' attitude brings unlimited energy to the Trust's activities.

Tim Keenan (B.Com): Trustee
Founder and Director at Qalibre (financial and commercial advisory services). Tim brings professional financial management capability to the day to day operations of the Trust. A father of three, his active lifestyle is balanced between a dynamic business involvement and family life. A real commitment to the development of young people drives his involvement on the Trust.

Born autistic, with severe learning disabilities, Ron Davis became a successful engineer, businessman and sculptor. Davis was functionally illiterate until the age of 38, when he discovered a method that allowed him to read a book cover to cover for the first time in his life without struggling.

Observing that those with dyslexia and other types of learning differences have visual, multi-dimensional minds which are less predisposed to word-based thinking, Ron used his insights to develop a creative learning process known as the Davis Dyslexia Correction Programme .

Davis Dyslexia Association International, founded in 1995 by Ron and Alice Davis, now has branches all over the world, including New Zealand and has helped many thousands of adult and child dyslexics to read and to enhance their natural creative ability.

A former international fashion model, Kirsteen Britten married renowned Kiwi motorcycle engineer and inventor John Britten in 1983. One of the things they had in common was difficulty with traditional academic learning – he was dyslexic, she has dysphagia. Considered stupid at school, John became a highly acclaimed motorcycle designer before his death from cancer in 1995. His V-1000 motorcycles are regarded as high art (exhibited at Te Papa and the Guggenheim) and high performance (four world speed records, winner of races at Daytona and in Holland, England and New Zealand).

Kirsteen describes herself as a kinesthetic learner, needing learning to be a tactile experience. After completing a Davis Dyslexia Correction Programme, Kirsteen’s own literacy greatly improved and she is now a Davis Facilitator. 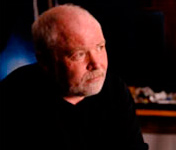 Internationally renowned artist Mackenzie Thorpe was raised in the industrial town of Middlesbrough, England in the 1950s. The eldest of seven children, Mackenzie had undiagnosed dyslexia and left school without qualifications. He worked in a series of manual jobs but eventually got the courage to apply to his local Art College. While his lack of education and a barely readable application did little to support his application, the strength and volume of work that Mackenzie presented saw him succeed.

He first won a place at Middlesbrough College of Art and subsequently the Byam Shaw School of Art in London.  Since then, he has become one of the world's most collected and sought-after artists.